The Halifax man who fell from his balcony while police watched….

The first time I learned of someone falling to their death with police looking on was six years ago in Halifax.  Mohammed Eshaq, 27, fell from the balcony of his tenth   storey apartment in February 2014.  The second time was two weeks ago.  Toronto resident Regis Korchinski-Paquet, 29, fell 24 storeys from her apartment balcony.  In both cases, the victims were racialised – Eshaq was of middle eastern descent; Korchinski-Paquet was black.  In both tragedies, the victim suffered from mental health issues.  In both cases, a group of armed police officers were in the apartment when the fall happened.

A memorial to Regis Korchinski-Paquet has been set up on the front lawn of 100 High Park Ave. where she died after falling 24 floors. 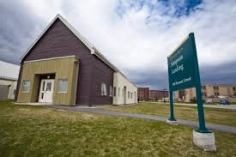 Who was Mohammed Eshaq?

Mohammed Eshaq was living at Simpson Landing, a therapeutic living accommodation on the grounds of the Nova Scotia Hospital in Dartmouth.  A few weeks before his death, he became an involuntary patient at the NS Hospital. Eshaq had a history of mental health problems, including paranoia, schizophrenia and some cognitive delays.  He acted much younger than his 27 years.  Previous to living at Simpson Landing, Eshaq had lived in his own apartment in Halifax’s south end.  His parents and brother lived several blocks away and kept a loving and close watch over him.

Eshaq liked to have lunch with his mother.  On Feb. 3 around noon, staff at Simpson Landing allowed him to go outside for a 15-minute smoke break.  While outside, he crossed the road and took the bus to his family’s apartment in downtown Halifax.  When he arrived at their apartment, his mother called the hospital to tell them she would take care of him and bring him back after lunch.  After lunch her son told her he wanted to go to his old apartment and pick up some personal items including an electric razor.  His mother and brother drove Eshaq the four blocks to his apartment and said they would wait for him.  He insisted he wanted time to himself in his apartment, and that he would return to the hospital later.  The mother and son contacted the hospital to tell them.  A hospital nurse phoned the police, and asked them to bring him back.

Up in his apartment, Eshaq  barricaded himself  inside.  He refused police requests to leave and return to the hospital. The same situation had happened before — on Jan 16, and again on Jan. 21.  Both times, the police had contacted Eshaq’s parents and asked them to coax him out of the apartment and return to the hospital.  His father, Gamal Bineshaq said at the time,

According to the SIRT (Serious Incident Response Team) Report,  two police officers first tried to talk to Eshaq through the door, but he did not respond. Though the police used their pass key to open the door, Eshaq kept locking the bolt.  The police called for back up, and three more police came.

The SIRT report said that the most senior officer on the scene was a woman who had received “the most comprehensive ‘crisis Intervention Training available through HRP [Halifax Regional Police], for situations such as this.”

According to the report, the officer was concerned for Eshaq’s safety. Ironically, she was “keenly aware of her duty … to protect life.” She asked another cop to force open the door.  Then, as if to justify the forced entry by five cops, the report’s author asks rhetorically,  “What if  [Eshaq]  was in dire need of medical help as the police waited without forcing entry?”

Once the police were inside the apartment, the report notes, they saw Eshaq straddling the railing of the apartment balcony.  He

“…made it clear with body motions that he was threatening to jump if the police did not back away.”

Five uniformed and armed officers stood in the small apartment staring at Eshaq –who was on the balcony.  According to the SIRT report, he was “holding himself with only his hands.  He then either fell or let go.”

The Role of Mobile Crisis Intervention

Gamal Bineshaq, believes his son was frightened by the loud knocking on the door.  The family wonders why the police did not call the family – as they did twice before — or Halifax’s Mobile Mental Health Crisis Team? Why indeed?

The death certificate said Mohammed’s death was a suicide. But Eshaq’s father said the family does not  accept the verdict of suicide.

“Because it’s not a suicide.  Police forced in and that really triggered him to fall down. That’s my issue, so it should not be mentioned as a suicide. …They’re [the police] the only guys that were there. They can say whatever they’re going to say.  Our son is dead.”

The police  did not contact the family to intercede.  And the fact that the police never called the  Mental Health Mobile Crisis Team is ironic.   Its website says Mobile Crisis will send out a team of mental health professionals and police officers to help manage a mental health crisis, such as:

The site also says the person, their family or community support or service providers – for example: the Police—can request help from Mobile Crisis.

Sounds like the outcome would have been entirely different.  Mohammed Eshaq would still be alive.

Toronto also has Mobile Crisis Response Teams.  But they were not dispatched when Regis Korchinski-Paquet was in “distress” two weeks ago.  She suffered an epileptic seizure — perhaps following an argument with her brother or mother in their apartment in Toronto’s west end.  Korchinski-Paquet’s mother had called police to ask them to take her daughter to the Centre for Addiction and Mental Health (CAMH) for treatment.

So does the Toronto Police Service.  However, its Mobile Crisis Intervention Teams (MCIT) operate in conjunction with first responders, and they are not dispatched when there are “weapons or identified safety concerns.”.

“There’s no way I would put a nurse in the middle of a knife fight.”

The victim’s mother and brother denied Korchinski-Paquet had a knife.

Instead of the Crisis Team coming to the apartment, Korchinski-Paquet’s brother said “multiple officers”,  armed and uniformed, accompanied her into the family’s apartment so she could use the bathroom.  The police did not allow her mother and brother inside the apartment. They stood and waited in the building’s hallway.

We are only able to guess what happened in the apartment when Korchinski-Paquet emerged from the bathroom.  Could one cop have grabbed her?  Was she tasered? What is known is that there was a commotion inside, and  Korchinski-Paquet’s family heard her cry out, “Mom, help! Mom, help! Mom, help!”  Then there was silence. Was she pushed over the balcony railing– if not how did she fall when a posse of police stood nearby?

Korchinski-Paquet fell 24 storeys to her death, with more than 3 police officers standing and watching her go over her apartment balcony.

It is odd that seconds later, according to the family’s lawyer Knia Singh, police walked out of the apartment and into the hallway.  They told the family Korchinski-Paquet had either gone to a neighbouring unit or to a unit below. The family asked if she was on the ground.  Police re-entered the unit and confirmed she was dead.

“The family is extremely concerned that in recent times, people with mental health, distress issues across North America are ending up dead after interactions with the police,”

In Toronto, one response has been the sudden and surprise resignation of Toronto police Chief Saunders.  He resigned in the midst of the tsunami of criticism and blame he and his police force are facing not just for the death of Korchinski-Paquet, but also the injuries and deaths of other black and Indigenous people in Toronto at the hands of police.

For a list of homicides by police against mainly black and Indigenous people across Canada, see writer and activist Desmond Cole’s blog.

Rinaldo Walcott, a professor at the University of Toronto who is black wrote:

“We are over-policed and we are 20 times more likely to die in encounters with the police compared to a white person. “

In light of the calls to De-Fund the Police and reconstitute public safety , are there are not better ways for society to intervene in mental health crises that will lead to better results?  Would it not have made good sense to request the Crisis Intervention team —  two young people would not have died.