Hanging McNeil Out To Dry…

Within days of the mass murder of 22 Nova Scotians, the McNeil government has been inundated with letters, emails and petitions demanding that there be a provincial inquiry into the deaths.

Thanks to the CBC, the Halifax Examiner and other media outlets which went to court to have documents on the case unsealed, every day we find out more and more about the inadequate response by police to the murder rampage on the night of Apr. 18, and the morning of April 19 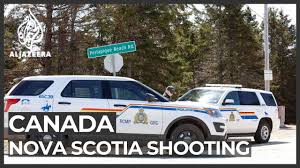 The floodgates have opened

Thirty-three law professors at the Schulich School of Law at Dalhousie University signed an open letter calling for a public inquiry. NS Feminists Fighting Femicide (FFF) was among the first groups to call for an inquiry. They demanded it be conducted using a feminist lens.  This was echoed by the Nova Scotia Voice of Women for Peace who called for a public inquiry centred around a feminist analysis.  Tim Houston, the leader of the NS Tory opposition, after timidly testing the political waters, took more than a month after the shootings to call for an inquiry.  Tory MLA Karla MacFarlane and NDP MLA Claudia Chender, both critics for the NS Advisory Council on the Status of Women, have recently demanded an inquiry.  Leading Saltwire columnist Jim Vibert has also asked for an inquiry, as did Chronicle Herald columnist Gail Lethbridge and some others in the media.   Many of the families of the 22 murder victims are also demanding a public inquiry.

The demands for an inquiry keep coming and Premier McNeil keeps abdicating his responsibility.  If there is to be any inquiry at all, he wants the federal government to conduct the inquiry in Ottawa, and insists NS can “assist and support” it.  If truth be known, McNeil does not want to foot the bill for it.  Neither, it seems,  does the federal government which recently spent $508 million to the RCMP.

The other day MLA and the Minister responsible for the Status of Women, Kelly Regan, dissembled when questioned about whether or not the government would strike a provincial inquiry.  After trying to sidetrack the interview on CBC’s “Main Street”, she eventually agreed there had to be an inquiry – but when and where is up in the air.  Let the police do their jobs first, she implored.

Speaking of NS cabinet ministers, where is Mark Furey, who is Attorney General and Minister of Justice?  In more than six weeks, Furey has said little noteworthy about the Portapique massacre.  His attitude –according to journalist Paul Palango– is “Move along. Nothing to see here.”

He’s a former RCMP staff sargeant.  In fact, 24-year RCMP veteran Catharine Mansley recently spoke about Furey, who was her boss for a couple of years. 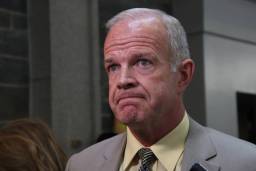 He  (like other supervisors) normally refused to authorize overtime pay, or call in auxiliaries. RCMP officers then had to work with no back up.  Mansley was part of the winning class action suit against the RCMP for sexual harassment, bullying and creating a hostile work environment for women.  She explains that supervisors get bonuses for coming in under budget, so officers are forced to work on their own.. According to Mansley,

“They [supervisors] say: ‘risk it out’, but they weren’t risking their lives.  What they do is risk us out. We are the ones out there in dangerous situations. They are risking each Mountie’s life, and I can’t believe they get bonuses when they do.”

It’s doubtful former RCMP member Furey is questioning much about the RCMP’s handling of the Portapique massacre.

And anyway, as Minister Regan reminds us, SIRT (Nova Scotia’s Serious Incident Response Team) is on the case.  In NS, SIRT is basically police who investigate other police.   Invoking the need to wait for SIRT to do its job has the effect of silencing criticism of the police, and burying the issue.   But the cold-blooded murders of 22 Nova Scotians and the police response to it is not an issue that is easily laid to rest.

Another high profile case has been buried– at least temporarily.  Five months ago, Halifax Regional Police (HRM) asked SIRT to investigate HRM police’s use of excessive force against African-Nova Scotian mother Santina Rao, aged 23.  In January 2020, Rao, with her two pre-schoolers, was shopping in a Halifax area Walmart’s toy aisle when two Halifax police were called to the store to deal with her –as a suspected shoplifter.  Much of the police brutality is captured on a cell-phone video here.

Surrounded by a security guard and two store employees, the two policemen attacked her, pushed her to the floor, broke her arm, gave her a concussion and bruised her eye socket.  Then the police separated her from her children, handcuffed her and dragged her to the police station.  The police did not charge her with shoplifting, but with disturbing the peace, assaulting a peace officer, and resisting arrest.  Rao denies all the charges.

Despite frigid temperatures, angry supporters demonstrated outside the Walmart, and marched through the store.  They called for justice as the vicious attack was yet another example of racial profiling. The incident was merely called “unfortunate” by Halifax’s police chief Dan Kinsella.  He cautioned “We need to wait [for the  SIRT findings], we need to respect the process.”  Somehow, nearly half a year has passed and SIRT has yet to issue its report.  Due to the Covid-crisis, Rao’s court date has been delayed.

So we now wait for SIRT’s report on the mass murders of 22 people in central Nova Scotia. We already know that at least one of the murderer’s former neighbours in Portapique, Brenda Forbes, had met with the RCMP several years ago to warn them about how dangerous the murderer GW* was, his threats, his firearms and his abuse of his partner and other women.  GW also followed Forbes and stalked her for months.  The police paid scant attention.  And we know that the RCMP never bothered to flag a constable’s report of 11 years ago which said that GW had threatened to kill a cop, to hurt women, and that he had an arsenal of weapons at his residence, and possibly at his business.  The police didn’t bother to check.  We already know that at the time he committed the murders, GW was wearing an RCMP uniform, and driving a mocked-up RCMP cruiser.  But police never bothered to warn the public until an hour before his murder rampage ended.  We already know that police had the technology and the ability to call an “Amber-alert” about an armed and dangerous suspect on the loose to all cell phone owners in NS, but instead opted to send out a tweet on social media on a Sunday morning.

So what exactly are we waiting for with SIRT?

We are buying McNeil time.

The most important thing to Premier McNeil is money. He does not want the province to spend money when, in his view, the feds’ arm could be twisted to fund an inquiry as it involves the national police force, the RCMP.

This province waited a year before McNeil set up a public inquiry into the murders by Lionel Desmond of his wife, his mother and his daughter in rural NS in 2017.  To date, the inquiry has revealed many important issues about Desmond’s mental health, medical history, personal weapons’ arsenal, and his Canadian military service of two rounds of duty in Afghanistan.  An inquiry allows a full public examination of an event, with a view to preventing such tragedies in the future. Within a few months of the Desmond tragedy, many people, including Herald columnist Gail Lethbridge and Desmond’s two sisters, demanded an inquiry.  Many believe it was only after the federal government agreed to help fund it, likely because Desmond was a veteran, that McNeil called the inquiry.

The calls for an inquiry into the 22 murders grow by the day.  And this time, Prime Minister Justin Trudeau appears to have dug in his heels.  Despite both Trudeau and McNeil being Liberals, Trudeau has little else in common with our premier.  Trudeau fashions himself a man of the world, open to discussion and persuasion, one whose government is spending billions to keep Canadians safe at home during the pandemic.   McNeil appears to be a crotchety-father, who scolds Nova Scotians to “stay the blazes home”.  On being asked by a union official if the Covid crisis proved the need for changes to funding for seniors’ homes and staffing requirements, McNeil declared, “Now is not the time to discuss staffing models. There will be lots of time for debate, and unions and others will have their opportunity to criticize or question what we’ve done in the past.”  It took three weeks before the McNeil government agreed to pay health care workers in long-term care a “pandemic premium”, a one-time payment of $2,000 after four months of work.  This works out to about a $3 pay increase per hour.   Bear in mind the feds are covering 85% of the pandemic premium.

cartoon by Bruce McKinnon of the Chronicle Herald

McNeil believes that his underwhelming weekly “thank you” is enough to keep essential workers at their high-risk jobs for low wages.  Clearly he believes his thanks is  enough to stave off another inquiry – into the more than fifty deaths from COVID-19 at Northwood.

Trudeau has the upper hand.  Most people are saying that the public inquiry into the Portapique murders must take place here in NS, not shuffled to Ottawa.  Trudeau seems to agree.  His response is to allow Stephen McNeil to twist in the wind – while the NS public ramps up its demand for an inquiry.

*GW are initials of the now-dead mass murderer.  To avoid giving him more notoriety, I’m using his initials.