The other day, organizers cancelled the St Patrick’s Day Parade. The Parade has been a fixture in Halifax for decades. It was supposed to take place Sunday March 15.

Of course the parade is a gathering of hundreds of old and young who march through downtown. It was a good idea to cancel the parade this year because of Covid-19.

But, as I saw on a walk tonight, the festivities are ramping up– especially at downtown pubs. This happens every year, the green beer, the costumes, the singing, and the live entertainment. Tomorrow pubs open early and typically revelers settle in for a day of drinking and fun. 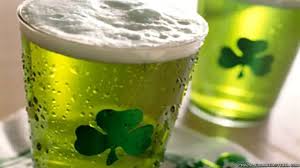 Owners of The Old Triangle, perhaps Halifax’s best known Irish bar, have promised to restrict entry to 150 people at any one time.   A bartender said that during his break, rather than talking about hockey with other staff, he’s busy sanitizing everything around him.

If only these measures are what is needed.

What is needed is social distancing, not gathering together to celebrate the patron saint of Ireland. 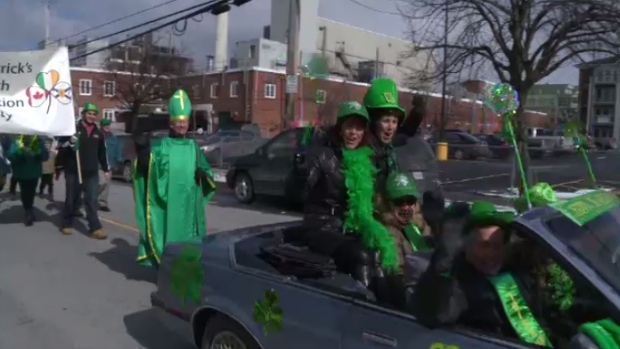 Though the government is suggesting that people self-isolate on their return from holidays or trips, or if they feel sick with a fever and sore throat, in Canada –at this point– there is no way to force people to stay home.

The only thing that will encourage self-isolation, and also promote social distancing, is closing down services, shops and entertainment across the community. Then there is less reason to go out.   Norway has done just that –schools, daycares, offices, workplace, shops (except for a few grocery stores and pharmacies), cafes, restaurants and museums must remain closed.

We often hear business congratulating itself about its efforts at “corporate social responsibility” — but what is business really doing to rise to the challenge of leveling the curve (see my previous article) of the Covid-19 virus? The answer is not much. For example, few businesses provide sick leave and sick pay for their employees; only in unionionzed workplaces can workers count on a modicum of paid sick leave. Nova Scotia’s Labour Standards Act, which covers most non-unionized workers such as café, restaurant and bar staff, retail sales people, and most in the service industry, does not provide for a single sick day with pay.

NS Labour and Advanced Education Minister Labi Kousoulis believes pushing the private sector “would be another pressure on them.” He insisted that government “shouldn’t have to regulate everything for our employers.” He hoped the employers are using common sense. But there is a conflict of interest between corporate profit and doing the right thing.

As long as our governments are too timid to prevail upon business to actually co-operate and fulfil their social responsibility by closing their offices, retail stores and operations, it will be business as usual.

However the municipality must take the lead: HRM could close our beloved Central Library and the other branches; it could close pools and recreation centres; it could close its service centres and community hubs. The provincial government has to step up too .

How we are going to help people financially through this crisis, if they can’t go to work and earn, is something we can sort out. The Italian government has agreed to cover people’s mortgages and rent! But a rush of very sick people on our already stretched hospital and health care system will be far worse.