Who trusts the police and their union? Their current skirmish with Hfx police chief may be a challenge to his power…

Who says no one pays attention to unions anymore?

Whoever says that hasn’t been paying attention to the local radio news (every half hour on the CBC Radio).  On Monday, the CBC published a major story about a schism between the Halifax cops’ union and the  city’s police chief. The president of the Halifax Police Union accuses Chief Kinsella of taking action that is “inconsistent, rash and unpredictable.”

Like any police chief, Kinsella has to walk a tightrope between maintaining legitimacy and confidence in the eye of the public especially the African Nova Scotian community, and trust and cooperation of his own 530 police officers.

So far it has not been an easy stroll. In October 2019, barely four months in the role of chief, Kinsella publicly boasted, “The vast majority of the members of the Halifax Regional Police are living the core values, they’re upholding the law, they’re coming to work every day, they’re working hard and going the extra mile.”

However only a month later, after years of pressure from the African Nova Scotian community, Chief Kinsella had to apologizeto them for “all the times you were mistreated, victimized and revictimized” by police with particular regard to racial profiling and street checks.

The apology was the result of several public reports on street checks – each one delivering a more devastating indictment against conduct by the Halifax police than the one before.

Abuse of power, racial profiling, ‘interference of liberty,’ terrorizing the black community – these were all noted by those who questioned excessive police authority and brutality.  The numbers were staggering.  Dr Scot Wortley’s report for the NS Human Rights Commission stated that African Nova Scotians were six times more likely to be stopped by police than white Nova Scotians.  Finally, the former Chief Justice of Nova Scotia, Michael MacDonald, wrote an opinion that street checks were illegal, and should stop.

Still, the troubles with members of the Halifax Regional Police (HRP) have been caused by more than a few “bad apples”.  Over the last 6 years, 17 HRP officers have faced criminal charges which, according to African Nova Scotian community advocate DeRico Symonds, “erode public trust. ”  He explained, “I do have fear and anxiety if I do happen to have a traffic stop by police… I can’t say I totally feel safe in the hands of police officers.”

In fact, the “rap sheet” for Halifax Police officers includes sexual assault, assault, impaired driving and voyeurism.  In just one month in 2019, three Halifax cops were charged with serious offences. The Halifax police’s use of excessive force, abuse of power have recently made the news.

One such case was that of former Halifax police officer Gary Basso.  In June 2019, Basso, who had been a policeman for 15 years, was found guilty of assault causing bodily harmwhen he attacked a 54-year old homeless man, outside a shelter in Halifax.  Basso broke the man’s nose and caused him other injuries.  At the time, Basso’s lawyer James Giacomantonio seemed to feel sorry for his client, “I think it’s been stressful. It’s taken a long time.  It’s been hard on him [Basso]. I think he felt and continues to feel like he was, you know, doing his best and put in a tough situation that night, but we respect the court’s ruling and we’ll appear for the sentencing.” 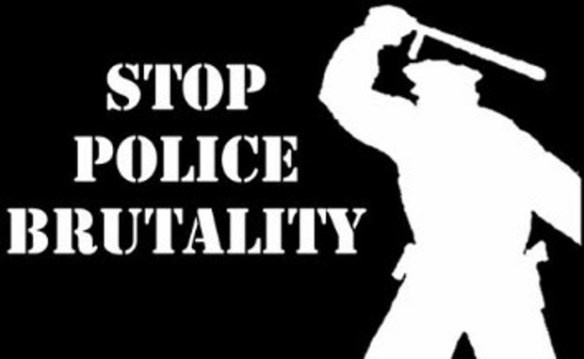 At the trial, Basso denied all charges.  Thank goodness for video evidence, as that is what the judge depended on in convicting and then sentencing Basso to 90 days in jail, to be served on weekends plus one year’s probation. Basso is appealing the verdict and wants it replaced with an acquittal, or a new trial. Six months after he was found guilty, he was fired from his job.

Former Toronto Mayor John Sewell is co-ordinator of the Toronto Police Accountability Coalition (TPAC)which recommends progressive policies to the Toronto police board and the Toronto police force.  In a TV news interview, Sewell said that police who break the law are seldom fired.  It is only if they are convicted of a criminal offence and jailed that they lose their jobs.

In January 2020, the Halifax police“ take down” of single black mother Santina Rao– in front of her two pre-school children – demonstrated excessive force.  While Santina Rao was shopping at Walmart, Rao was tackled to the floor and assaulted by several Halifax police officers who broke her wrist, blackened her eye and gave her a concussion.  On the say-so of Walmart, the police claimed she had stolen $3 worth of produce – a grapefruit, two lemons and a head of lettuce. However there was no evidence that she had stolen anything at all;  she was a victim of racial profiling by the police.  The police then charged her with several charges including the serious charge of resisting arrest.  Her trial will take place in May.

In mid-February, a 15 year old black high school student was also assaulted by policebecause he dared to tell them he had a right to speak – at Bedford mall. The cops did a “takedown” on him, giving him a concussion and an injured finger. Then they handcuffed – but did not charge him.

The public outcry over this incident on the heels of the Rao case, prompted Halifax police chief Kinsella to place the two cops who assaulted the youth on desk duty.

But the Halifax Regional Police Association president Dean Stienberg has raised hell.  He claims the union was never warned about putting the cops on “desk duty”.   The union president, who has served 30 years with Halifax police, says the chief is spreading unrest among the force by this “knee jerk, irrational” decision.

The Canadian Police Association, to which the Halifax police union belongs, has 60,000 members in more than 160 police departments nation-wide.  Its president Tom Stamatakis  is very active in defending police.

A national study showed that between 2000 and 2017, 460 Canadians have died in encounters with the police.  Seventy percent of them had mental health or substance abuse problems – or both.  One third of the victims were Black (though Blacks make up under 4% of Canada’s population).  What’s truly alarming is the rate at which Canadians die in encounters with the police has nearly doubled in the last 20 years.

Police associations or unions are part of the problem. On the one hand, police unions are doing what unions are meant to do – give their members the best defence possible and ensure they keep their jobs. On the other hand, the police unions are very aggressive and, for the most part, insist cops are only doing their jobs, or are misunderstood, or that the police are just trying to preserve law and order. The police unions have lawyers who fight to ensure police seldom face blame, censure or even a trial. Police unions tend to see each case of police wrongdoing as either unavoidable or the price society has to pay for being safe.  The police unions vigorously challenge almost any  criminal charge against their members.  Their collective agreements call for  officers who have been investigated and/or charged to be placed on desk duty, or on leave – with pay — until their trial. And for their parts, the individual police who are found guilty rarely face jail time. For example, US police unions have actively protested dash cams in police cruisers and having to wear body cameras on the job. As one journalist noted, “police unions are fighting to have less and less disclosure.”

According to Huffington Post Canada, the Santa Clara Police Officers’ Association threatened to deny policing to San Francisco 49ers games because Colin Kaepernick“took the knee” during the US national anthem.   Though the police union rescinded that threat, the union did warn that their members would not police the stadium unless Kaepernick was “disciplined”  because he dared to mention police brutality and said that “people of colour have been targeted by police.”

A  fascinating article, To Police Unions: Stop Protecting Rotten Cops in Huff Post Canada HERE, reveals the ugly side of Canada’s largest police union, Toronto Police Association (TPA).   The union represents more than 8,000 police officers in that city.  Since 2009, its president is Mike McCormack,  also a Toronto policeman.  McCormack denies that people of colour are being racially profiled.

Photo from Toronto Sun:  Protest against police brutality in Toronto

President Mike McCormack has also reacted to claims that people of colour are being racially profiled and that Toronto’s prohibition on “carding”  (what we call street checks) has increased gun violence.

In 2016 when Toronto Constable James Forcillo was found guilty of the attempted murder of Sammy Yatim (who died because Forcillo shot eight bullets into him—six when he was already lying on the floor of the streetcar), McCormack  told the media, the verdict “sends a chilling message to our members, and that’s going to be a challenge for our frontline members.”

The Toronto Police Association president is not alone in his 100% support of his members – even when they do wrong.  Ottawa Police Association president Matt Skof  insisted that any discussion of race was “inappropriate” in the case of Abdirahman Abdi, a Somali Canadian, who was beaten to death by an Ottawa policeman in front of his Ottawa apartment building in July 2016.  Skof said he didn’t want US style politics of Black Lives Matter coming up to Canada “That’s unfortunate that we’re seeing the bleeding of that very difficult rhetoric into Canada now.”

Skof had to ask fellow policemen who packed the courtroom in support of the accused policeman, not to wear the affinity bracelets many on the force sported to show admiration for their colleague.

Getting back to Halifax – the chief has a dilemma.  Walking the tightrope between public accountability and blind support for his own men and women is not working.  A challenge to Kinsella’s leadership may come sooner, not later.