What to watch, what to read, and what to listen to…

Today is the 55th anniversary of the assassination of Malcolm X. He died in the Audubon Ballroom in New York City. The man who killed him used a shotgun, and came from the main mosque in Newark, New Jersey.  But two other men served 20 years in jail for the crime and they were not even near the ballroom. I’m telling you this because Netflix has a wonderful series about Malcolm X’s life and death. 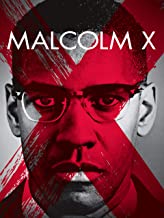 The series tells us more about theNation of Islam, about the many mosques across the US in the 1960s (and beyond) and the brilliance of Malcolm X,  than anything I’ve ever seen. Of course I’ve read his autobiography. And I’ve seen the

1992 film Malcolm X. But nothing compares to this sensitive and lively investigation by a New York Muslim who is the proverbial “gumshoe” in this series.   into who really killed him – and why. Here’s the trailer for Who Killed Malcolm X.   About Martin Luther King Jr’s efforts to fight for blacks’ rights, Malcolm X said, blacks have to “start swinging [and] stop singing.”

Also on Netflix, I watched Retribution. It’s also called One of Us

Actually the first several episodes are better than the last, which seem to often be the case in these miniseries. The critics say the ending is “bafflingly bad”.  However I never watch anything for the ending!! Two Scottish families have been neighbours for decades in a farming area not too far from Edinburgh. The scenery is wonderful, by the way.   The son in one family marries the daughter in the other, and when they return to Edinburgh from their honeymoon, they become murder victims in a break and enter. The families become more than a little unhinged, which alerts the police to investigate them as well as the double homicide.  The acting’s great; the setting macabre, and it’s good to watch before bed. 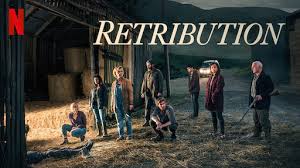 What’s Fair in the Age of #MeToo?.

Doolittle made waves when she published a series in the Globe called “Unfounded,” in 2017. She  examined more than 200 police departments across Canada and, through Freedom of Information requests and other data, was able to determine that 1 in 5 or 20% of women’s complaints of sexual assault and rape were thrown out by  our police forces as “unfounded.” 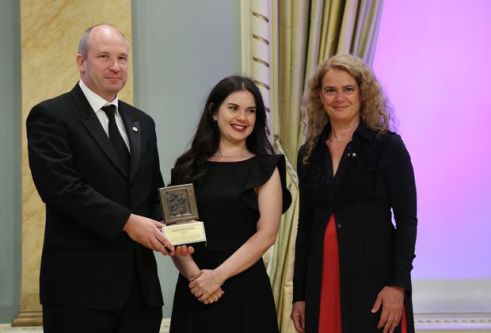 Governor-General Julie Payette, right, presents The 2017 Michener Award to reporter Robyn Doolittle and editor-in-chief David Walmsley during a ceremony at Rideau Hall on June 12, 2018 in Ottawa. (Globe and Mail photo)

Doolittle’s new book is full of interesting interviews, questions and answers. For example, she went to New York City to interview Susan Brownmiller, the woman who wrote the 1975 landmark book Against Our Will: Men, Women and Rape. Doolittle compares her  values and opinions on rape and sexual assault, as a Generation Y’er,  with those of the baby boomer generation.   Doolittle’s writing is clear, unvarnished and sometimes provocative.

She uses a great deal of skill and sensitivity. Yet she also challenges the values and self-awareness of the #MeToo victims, their abusers and the fence-sitters.

Her book is not a legal tome nor does it rely on pop-psychology. She creates a huge energy in her narrative. This is a book for Canadian readers about Canadian upheaval in the relatively new post #MeToo era.

It was a pleasure to read, to highlight and go back and re-read bits. I bought it as an e-book, but it’s in hardcover at the Halifax Library.

About a week ago I read an article about the lives of young women in Saudi Arabia. The review noted a novel, Girls of Riyadh by Rajaa Alsanea. The Halifax library had a “recorded book” which I listened to.  Girls of Riyadh was written in the early 2000s. Four young women of university age are the day-to-day subjects of a fifth young woman’s emails to herself over a one year period. It’s her way of keeping a diary. The women are upper class, very wealthy by our standards– a boyfriend/suitor brings one woman diamond earrings as a hostess gift. The young women struggle with their adherence to rules set out by a sexist and repressive government, which are compounded by religious conventions and control by  parents and family.

Weddings are just about the only outings the young women are allowed – other than to the mall and to single-sex college classes.   The weddings (though the receptions and parties are rigidly sex segregated) stoke the women’s fantasy lives which revolve around romance as a way to fulfillment.

The book is quite fascinating – yet for me, rather frightening. One woman is left divorced with a child – when the husband goes to the US to further his education. She was never even invited along. Another woman  becomes a medical doctor only to turn away from her practice in favour of having babies and running a household.

At first I didn’t like the book. But after a while it began to  haunt me, and I grew more fond of it. I see from Wikipedia, the book was banned in Saudi, and since 2008 has been  available in the English translation– not in Arabic.   Apparently it sells well across Europe.

In the podcast world, a good series is Hoffa, presented by Shattered. You can listen for free to its 5 episodes. The earlier segments are the most interesting as we find out something of Jimmy Hoffa’s early life. Frankly he was a genius. Having left school at age 14, due to the family’s dire poverty, his first job was at a Detroit Kroger’s the grocery chain in the US. He led a strike there for higher pay and shorter hours. At 18 he was the union’s local leader and managed to build solidarity with other workers. He had a great memory for workers’ names and families, which endeared him to many. He built a union empire and the empire (along with mafia interests) built Las Vegas. His testimony before US Senate committees on racketeering is fascinating and bits of it are woven into this podcast.  His legendary fights with Robert F Kennedy who had resolved to break the union, and its ties to the Mafia ended Hoffa with an 8 year prison sentence. The podcast notes his autobiography, 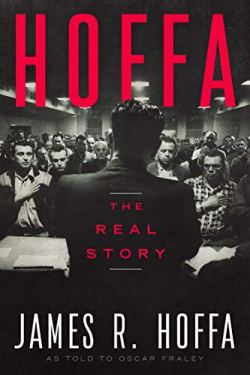 Hoffa: the Real Story, which I can recommend. The book was cut short by his disappearance, and clearly his murder. You can download the podcast from Apple or where you get your podcasts.

I also listened to Catch and Kill a podcast series by Ronan Farrow.

In 2017, he worked as a journalist for NBC News in New York and heard stories about Harvey Weinstein. Farrow began to track down the stories, and obtained eyewitness proof of sexual assault and rape. But his bosses in television – who knew what a big player Weinstein was — refused to allow the stories to go to air. Farrow turned around and peddled his groundbreaking story with names of women, dates and places, plus jabs at the lacklustre police investigations and run-ins with private security to the New Yorker magazine. Farrow’s new book by the same name is clever, quick and exciting.

The podcast is a short cut for reading the book. Well worth listening to – and reading the book tells you even more. My favourite bit is the part when Farrow meets the guy who was hired to follow him at the behest of of Weinstein. But this private detective, a Russian Jew, becomes Farrow’s friend and confidant.