Ridicule and bullying on a Halifax street

It happened on a freezing cold day last week, on a Halifax street. You’ve heard of a ‘ride along’ –when a journalist rides with the police for a shift. This was a ‘walk along’.

While I waited at a bus stop, I saw first responders engage with a tired, scruffy, older man who wanted a lift to the hospital.

There was an ambulance, with three EHS staff. The two women had pony tails. There were also two cops, who had their hands in their pockets because of the cold and  wore bullet-proof vests.

They crowded around disheveled man who wasn’t much more than 5 feet tall. He was hunched over. He wore loose pants that could have been pyjamas, a raincoat, a scarf and a hat.

I stared at the group. One paramedic asked me,” Can I help you?“ Her tone told me to mind my own business. I pointed to the sign for the bus stop. “Sorry  if we are blocking your bus stop,” she smiled.

The man shouted at the first responders, “I called you ‘cause I need a ride to the hospital.” 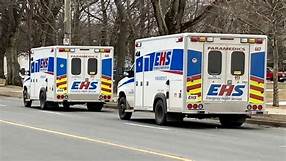 One paramedic said, “Well you don’t call ambulance for that. What’s wrong with you?”

He started swearing at her. She told him not to address her that way. He got angrier, and so did she. She insisted he address her respectfully.

One cop then told him “I could arrest you.”
The man seemed scared, “For what?” The cop said for “wasting our time and resources.” He pointed to the EHS van and the paramedics.

The paramedic asked the man if he had a heart problem. He said yes, he’d had a heart attack. When, she asked. A few years ago, came the answer.

“I wouldn’t have called you except I need to go to the hospital now,” he said anxiously.

The other paramedic said, “this isn’t an emergency. You don’t need an ambulance. To go to the hospital, you should have called a taxi.”

He shook his head and muttered under his breath. Then he started to walk up the street.

“I got to get to the hospital.”

We watched him shuffle away. The paramedics and the cops smirked and laughed a little.

I ran to stop the man and ask if I could help. He told me to get lost.

I turned back to the cops and the ambulance people. Again they laughed, and shrugged their shoulders while they climbed into their respective vehicles.

What bothers me about the interaction with this man are several things: 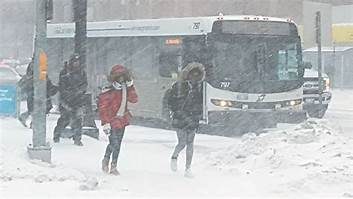