What to Read; What to Watch

It’s not every day that we read a book about a black cop from north end Halifax.  But that is exactly what we have in Black Cop:  My 36 years in police work, and my career-ending experiences with official racism.  The author is Calvin Lawrence.  He (with co-writer Miles Howe) weaves a devastating and vitriolic narrative about his 8 years with Halifax police – and his nearly thirty years with the RCMP.

For starters, he points out the reason he was hired by the Halifax police in 1969,  was that a year before Rocky Jones and others in the black community had invited the Black Panthers up to Halifax.  For the first time there had been a meeting for blacks only at the north end public library.  For the first time, the cops were scared of the actions and attitude of  the black community.  Halifax police decided to hire Lawrence and a black friend just out of high school.  By the way, Halifax’s first black cop was hired only in 1967 – so we can see just how the deep the racism in the police – let alone in fire, or the transit services – ran.

The segregation in Halifax Lawrence details is gut-wrenching.  Though his father worked on the trains as a porter, most of his friends’ parents worked as cleaners, or were forced to go “cap in hand” (as he writes) to the whites in the wealthy south end of the city;  there the black men had to beg to do odd jobs for a pittance.  As a teen, Lawrence hung around his favourite street corners of the north end with his friends “playing the dozens.”

“The term refers to the days of slavery when substandard slaves would be sold by the dozen, which was considered the deepest of insults. Playing the dozens, in the modern day, meant throwing insults at each other and learning to take it without becoming physical or taking the game too seriously.” (p.29)

The book looks at racism and the denial of rights, fairness and promotions Lawrence and his fellow black cops endured.  This is a must-read book. I for one would love to meet Calvin Lawrence one day; he now lives in Ottawa. 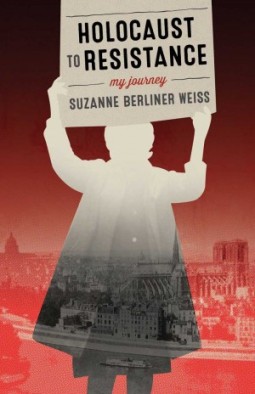 Holocaust to Resistance: my journey by Suzanne Berliner Weiss (Fernwood) is an excellent book in all ways.  Weiss was hidden in a French orphanage during World War II.  She did meet her father once, but never saw her mother after becoming a hidden baby.  In the 1940s, she was fostered, but the foster home relationships broke down.  She lived a grim life.  By 1950 she was adopted by well-to-do Jewish couple from New York City, who specially went to Europe to adopt her.  As the only child  – she was given everything but not a lot of love or understanding.  She did not belong — and part of the book deals with her efforts to find any of her birth relatives.  Her teen years were spent in rebellion; she even served a stint in jail.  Somehow she felt the need to help change the world, and by the late 1960s she became a political and a trade union activist.

Her eventual move to  Toronto was serendipitous and allowed her to continue her  left-wing activism and advocacy.   Despite her French background, and her connection to the Holocaust, she disparaged Israel’s treatment of the Palestinians.  Indeed Weiss is an energetic member of Independent Jewish Voices- Canada (as am I).  She  turns the worn phrase of “never again” against Israel to counter its murderous record against the Palestinian people in Gaza, and the West Bank, and to fight for their human and civil rights.  Weiss’s book stands out as important contribution to  Holocaust literature  – do buy it and read it.

I’m not so fond of American films usually, but I, Tonya is an exception.  It is the back story of championship figure skater Tonya Harding and the 1994 “incident” with Nancy Kerrigan which ended Harding’s skating career.  This film is brilliantly acted.  It moves quickly; the script is excellent. 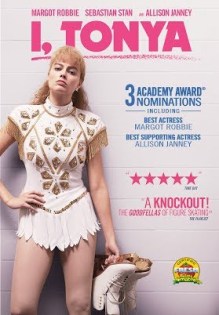 The difficult and violent life of Harding is laid bare for everyone to see in this 2017 film.  You can borrow it at the Halifax library.  Here is the trailer:    https://www.youtube.com/watch?v=d2iy5y0YjGM

I’m not a fan of Holocaust films.  However, I was intrigued and excited to watch the series The Devil Next Door, produced by Netflix.  This documentary series goes a long way to explain the US arrest and Israeli detention of John Demjanjuk,

who was identified as Ivan the Terrible, an SS prison guard in at least two death camps during World War II.  After the war, he, his wife and young daughter emigrated first to Indiana, then to Cleveland to live a quiet, and unexamined life.  Though Ivan the Terrible was responsible for more than 27,000 deaths, when he was arrested in the US, he was an obedient and hardworking factory worker at a Ford plant in Cleveland, Ohio.

This series has original film footage from the trial in Jerusalem back in the late 1980s; and looks in-depth at what happened both inside Israel, and inside the US.  The question of identity is front and centre, since the horrible crimes had been committed 40 years prior – how reliable were the now elderly witnesses? 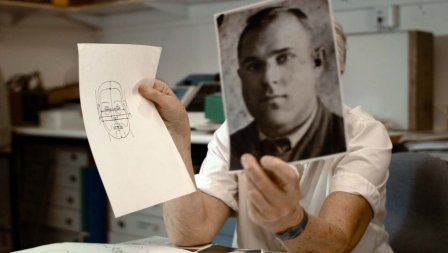 One thing that comes across clearly is the need for the Israeli court to convict.  As persecuted European Jews sought safety in Israel post the Holocaust, the judiciary and the Israeli government had to “believe” the witnesses that Demjanjuck was in fact one and the same as Ivan the Terrible.  There are good interviews with lawyers (on all sides) from the trial; interviews with at least one judge and insights about the high stakes’ game of prosecuting war criminals.   I highly recommend this series.  Trailer is here: https://www.youtube.com/watch?v=J8h16g1cVak