1. Women and the secondary labour market 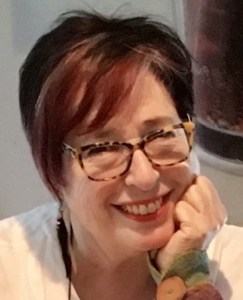 Judy Haiven says when she sees cranes in developments around the city, she gets angry. Not only because those cranes are falling down a block from her home, but because of what they also mean for women and work in Nova Scotia.

The more cranes we see here or anywhere it means more jobs for the boys.

Construction work is overwhelming done by men, and while the jobs may be seasonal, they often pay men well, certainly above the living wage. But these jobs create the need for service jobs like those at restaurants, hotels, and cafes. Most of those jobs are done by women.

Haiven is a retired as a professor of management at the Sobey School of Business at Saint Mary’s University. She specialized in industrial relations, women and work, trade unions, and equity in the workplace. She’s also a writer and activist and is on the steering committee of Equity Watch, a Nova Scotia-based organization dedicated to fighting bullying and discrimination in the workplace. We met up a couple of weeks ago. I’ve been writing about living wages for Morning File and wanted to know more about how low wages in Nova Scotia affect women in particular. Over the past two years, as I collected job postings and heard from job hunters about their searches, most of the correspondence I’ve had has been from women. They tell me the trouble they have finding work, how they make less than their male colleagues, or about harassment in the workplace. I know women who’ve had to move out of province or go back to school to upgrade their skills so they could find work. That means paying more in tuition at an age when they want to be saving for retirement.

Here are some figures from the Nova Scotia Advisory Council on the Status of Women. Women make less in every sector in Nova Scotia.

The biggest gaps in wages between men and women are in management of companies and enterprises, mining, quarrying, oil and gas extraction sectors, and the finance and insurance sectors. I looked at women working in various sectors back in the June 28 Morning File. 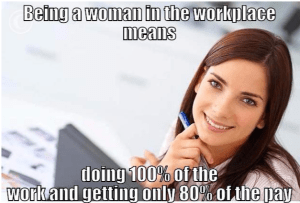 There is nothing wrong with working in the service sector. But these jobs are often low pay, seasonal, and don’t offer full-time hours. This is the secondary labour market and it’s dominated by women. Haiven says take a walk through any mall and look at who’s working in the shops. Women work many of the low-pay, part-time, seasonal jobs in the tourism sector in the province. It’s not that women in the service sector don’t have education; Haiven says many have a degree or two.

And this is for nothing because they are paid minimum wage and tips.  Tips are the most unfair way of paying anybody.

[I talked about this in a previous Morning File; bosses can keep your tips.]

What does working these service jobs mean long term for women? No pensions, fewer savings, they often can’t own a house, and there is less job security or none at all. If a woman is married and that marriage breaks down, she has even less financial security. Service jobs are physically demanding and have the women who work them on their feet for several hours each shift. Construction is hard physical work and dangerous for men, but there are protections like Workers’ Compensation and other benefits that women working service jobs don’t have. Women also age out of service jobs, Haiven says.

When employers pay women well, what are the larger benefits? Well, their children are better off, the women have more savings for retirement, and they pay more taxes. Beyond that, encouraging women in their careers increases their self-esteem, giving them more mobility to move up career ladders in whatever sector they work.

Haiven says part of the problem is Atlantic Canada is one of the most conservative areas of the country. Certainly for my generation, our mothers stayed home to raise children and take care of the home. Men work in low-paying jobs here too, but still do better than women.

Women feel just to get a job or to get a foot in the door they have to accept whatever is going. Because of the historical norms around here in Nova Scotia and Atlantic Canada, 15 years ago calls centres were all the rage and most of the people working there were women. Now, it’s about 50-50 because employment is spiraling downward, so men take the low-paying jobs. But men, if they stick around, will get promoted and get slightly better jobs over the years.

Even when women get educated, they start at entry-level jobs that don’t pay well.

At Saint Mary’s, 60 to 70 per cent of business students are women. What kind of job will they get? Bank tellers don’t pay a living wage. What we see is women start out earning so much less than men, it’s harder to catch up. Of course, getting an education is a good idea, but it’s no guarantee you can maintain your family or a reasonable standard of living.

There’s the motherhood penalty. Women fall behind in their careers because they take off time to have children. Their employer only has to hold their job for a year. Transportation is an issue, particularly for women in rural areas. If a woman has more than one child, the costs of daycare are often prohibitive. Of course, women who work in childcare are low-paid workers themselves, even though many are educated with degrees in early childhood education.

Haiven says the work world is better for women in many places in Ontario and even in the Prairie provinces.

There’s the ability there for women to have jobs that pay decently. They can afford to send their children to daycares. Quite a few of the daycares are nonprofit and enhanced and underwritten by government money.

Unions can help women get head. Still, women are often the last to get hired and the first to get fired. That means women are constantly looking for work and the union movement hasn’t really addressed this. Haiven suggests having two seniority lists could help keep more women in unionized workplaces.

But Haiven suggests we look to countries like Denmark, Finland, and Sweden instead of looking south of the border for ways to improve women’s situations in the workforce.

We can see people paying their fair share of taxes, and corporations having to pay taxes, and having a highly tax society actually pays off.  There are more social services, more ability to send your children to early childhood education, there are places to go if you have disabilities.

There is also huge turnover in the secondary labour market. If employers pay low wages, people don’t stay in those jobs. If they have any options at all, they move on to jobs elsewhere in the city or to Ontario and western Canada.

[Employers] want to find people who will work for a song or less, and won’t cause trouble, and will work around the clock, and come in even on bad weather days.

Haiven says to see women get paid more and move up the ladders, the change has to come from the top.

Oh, but we have to hire the best candidates, regardless of gender, you say?

Well, we also talked about merit, too, and who gets what jobs and why. Think of any time we talk about women or people of colour being considered for a job. The question of merit always comes into play: We must hire the best person for the job! But that question is never asked if all the candidates for a job are men, particularly white men. That’s because we think those men are automatically qualified for any job.

Haiven says she thinks there should be merit retroactively.

All the men who are hired in chief positions at banks, companies, enterprises, grocery chains, hotels, all the men who were on high levels, what kind of merit do they have? I doubt many of them had a degree. I doubt many of them had a background. Some of them might have worked their way up, but there’s nothing wrong with women working their way up, but they seldom get the opportunity.

Now that I’m all fired up, I have to head to work.