Perseid Showers or the Truth about Gaza

While many Nova Scotians were preparing to watch the Perseid meteor showers, 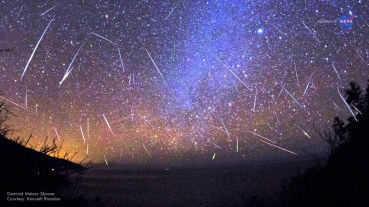 about 25 gathered in a Halifax backyard to hear Michael Lynk,  a law professor at Western University, discuss what’s going on in Gaza, and in Palestine/Israel.

Lynk, who is originally from Halifax, is also the United Nation’s Special Rapporteur on the situation of human rights in the Palestinian Territory occupied since 1967.

Rather than talking about the intractability of the Israel-Palestine reality, he focused on what has to be done to to guarantee peace and security for the Israelis and the Palestinians.

He explained that there are 4 possible solutions to the problem:

Second, there is the solution of one state run by Israel, which is essentially an Apartheid situation for the Palestinians.  This is more or less a fact since Israel controls Palestinians’ land by virtue of permitting more than 500,000 Israeli “settlers” to live in segregated Jewish-only towns on the land stolen from the  Palestinians.

Third, there is one democratic state for 13.5 million Palestinians and Israeli Jews in Israel and the Occupied Territories.

And fourth, there is the continuation of what is happening now.  Effectively, Israel has annexed much of East Jerusalem and large parts of the West Bank. By building and extending settlements for more than half a million settlers, Israel is establishing “facts on the ground” making it impossible for Palestinians to regain their land.  Also Israel’s military illegally occupies East Jerusalem, the West Bank and Gaza, and prevents Palestinians from getting to their land, from travel and even from going to work thru a labyrinth of hundreds of checkpoints. 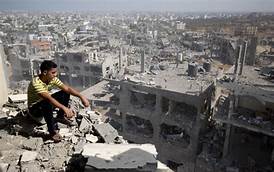 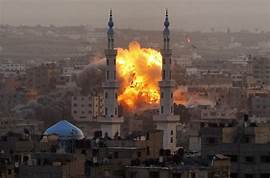 Lynk explained how there was no happy news to report about Gaza.

“Tel Aviv is only 75 km from Gaza.  Yet Gazans live up to 12 hours a day without power.  Sewage gets pumped into the Mediterranean.  In Gaza, of 516 essential medications, there is  only a one month supply left for over 40% of them.  Cancer or heart patients apply for exit visas to get treatment; Israel used to grant 75-80% of the requests.  In 2018, Israel granted only 54% of the requests.”

Gaza’s infrastructure is crumbling due to Israeli bombings and the 12 year blockade by Israel.  According to a UN report, by 2020 Gaza will be unlivable, as 98% of all available water will be undrinkable.  Also there will be no treatment for water or sewage.

Lynk himself, like several of his predecessors, is not even allowed by the Israelis to enter Israel, or Palestine.  To find out what is happening, he said, “I go to Amman, Jordan in June or July every year to meet with Israelis and with Palestinians.”

Civil society organizations involved with human rights provide some hope.  These include GISHA, B’tselem, Diakonia (a Swedish organization) and Al Haq. But the Israeli authorities are making it more and more difficult for them to do their job.

After Lynk spoke, there was a Q and A period in which the varied audience, which included Jews, non Jews, Palestinians, and members of the United Church, participated.