What to Read, What not to Watch…

Reading lately has been a treat.  I’ll start with These Poor Hands.

First published in 1939, this book is written by BL Coombes, a coal minder in south Wales.  He  spent 30 years underground, because it was a better job and income — marginally — than subsistence farming.  He is a great and witty writer. He talks about strikes, he talks about the negotiations with mine masters to whom the miners were little more than slaves.  He talks about the miners singing on the walk to the pits which was as far as 10 miles from their home.  If you ever wonder about how and why the welfare state in the UK evolved, this book is for you. I couldn’t put it down.  Coombes  was witness and writes about men’s deaths, outrageous ‘accidents’ and even skirts around family issues and finances of the impoverished miners. Excellent.

On a totally different note, I read a murder mystery, courtroom drama written by the former Canadian Chief Justice of the Supreme Court — Beverley McLachlin.  I think in this case you can tell a book by its cover. 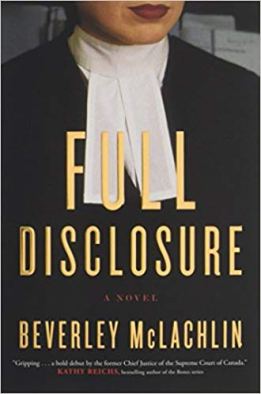 Trendy, quick witted, intemperate. These are good things about the book. The bad things are a weak plot, characters straight out of central casting, and a woman defence lawyer  whose ego is half the size of Grouse Mountain.  This is one of the only books I’ve read in which the second half of the book is better than the first! McLachlin also knows how to tie up loose ends yet  make the book end with an untidy, fractured feel about it.

I don’t know about you, but I’m a bit sick of series of the dark mysteries or thrillers from Scandinavia.  For example, I first got hooked on Border Town because it takes place in Lapeenranta, Finland.  60 km from the Russian border — and I’ve been there! I’ve been there only in winter, so the summer outdoor scenes make the place look green, alive and almost sexy.  Lapeenranta has a university with a business school (don’t go screaming) so Larry and I made a presentation there maybe 8 years ago– in the dead of winter. The Netflix series Border Town features a psychologist-cop which to me is a frightening — rather than reassuring — skill set and a Russian emigree woman cop who is more interesting.  However the script is tedious. The murder victims are  haphazardly drawn, and the reason for the murders almost impossible to fathom.  However, the acting is good, everyone’s thin, and well it’s very Finnish.