NS murders: Two tragedies must be viewed thru a feminist lens

Many are now realizing that the murder rampage by the Dartmouth denturist, GW, who shot 22 Nova Scotians dead, did not begin as a simple “domestic.”

A “domestic” is a euphemism the police often use instead of using the term “intimate partner violence”. The police believed the argument was the “catalyst” which caused the 51-year-old denturist, GW, to massacre people from several small communities within 100 km of Portapique, in central Nova Scotia.

Did a “domestic” argument fire up the mass killer? Really – how can that be? Surely the sheer number of murders – some deliberate and some random — the blood shed, the houses and cars set ablaze couldn’t be the result of one “domestic.”

“No links to misogyny”

RCMP Superintendent Darren Campbell said at a media briefing that GW’s argument with his woman partner could have been a “catalyst to start the chain of events”.   According to the woman, GW confined, beat and injured her. She then fled for her life and hid in the woods overnight. Superintendent Campbell has now walked that comment back, but not in a good way. He insists that the cops can’t or won’t find a link to misogyny in the “events” – since not all the victims were female.

On the Sunday following the shootings in NS, Michael Enright, host of the CBC Radio One flagship program “The Sunday Edition”, twice stated that the killer was “crazy.” Many remember the mainstream media’s insistence — 31 years ago –that Marc Lépine, who shot 14 women to death at the École Polytéchnique in Montréal was also “crazy”.   However, crazy doesn’t cut it.

In the Nova Scotia massacre, 60% of the victims were women, some were killed at home alongside their male partners, or were women living on their own. One woman was taking a walk Sunday morning; one was a single mother at home, two were nurses driving to work in their cars. The Globe and Mail reported that police found a partial list of the shooter’s targeted victims among the charred ruins of his burned out property in Portapique. In fact, Nathan Staples who lives in a village 15 minutes’ drive from Portapique, was on the list. Staples said he could only think of one time he had any dealings with GW, the killer. Months ago Staples had refused to sell him an old police cruiser.

The police admit the killer had to have planned his rampage, but they have no idea the length of time the killer prepared. I can suggest something on that. About six weeks ago, due to dangers presented by the Covid-19 virus, the government asked NS dentists to close their offices to patients. My guess is GW, a denturist, faced the same request to close his office. The killer possibly had more than five weeks to sit at home and finalize his murder plan.

What happened in the NS killings case bears some similarities to the 2017 murders committed by Lionel Desmond, which also took place in rural NS. On January 3, 2017, Desmond a 33-year-old African-Nova Scotian, who had served as a sniper in Canada’s infantry, killed his wife Shanna, their 10-year-old daughter Aaliyah, and his 52-year-old mother, Brenda. Then he took his own life. The murders shook the province and the nation. Some suggested that Desmond’s actions resulted from PTSD (Post-traumatic stress disorder) which stemmed from two tours of military service in Afghanistan in 2007.

More and more, the powerful and the public wanted to believe that it was PTSD that was the prime mover behind Desmond’s murders. Indeed, his obituary read, in part, that he had “succumbed to the tortures of PTSD.”

About a week after the murders, Dr Ardath Whynacht,a sociology professor at Mt Allison University, suggested, “we look at the trends in intimate partner violence… a woman is killed by an intimate partner once every six days in Canada.”

She went on to say

“… we have to ask the question: Why didn’t he [Desmond] just take his own life? Where in his life did he learn that it was up to him to take the lives of the three women he was most close to? That’s not a question that we’ll be able to answer by looking at PTSD … We can’t ignore the role of family violence here.”

For merely questioning the dominant narrative that Desmond’s PTSD caused him to commit the crimes, Dr Whynacht faced a storm of death and rape threats and harassment by internet trolls.

She wasn’t the only one who doubted that narrative. Gail Lethbridge, a columnist for the Halifax Chronicle Herald, wrote four days after the killings:

“Family and friends have said he [Desmond] was suffering from his wartime experiences… But let’s not forget that this was also a brutal act of domestic violence and take whatever facts we can from the Desmond tragedy to understand that, and to use it as an opportunity to address the massive problem of family violence.”

In fact, a 2016 federal government publication, “Focus on Family Violence in Canada”, reported that more than 760,000 or 4% of Canadians over age 15, admitted that they had experienced intimate partner violence in the last five years. Justice Canada found that the cost of domestic violence is $7.4 billion per year.   That number includes police, counselling, health care, court time, lawyers and lost wages.

Still some experts weighed in to underscore the pre-eminence that PTSD had played in the Desmond murders, and his suicide. Among them was Rev. Elaine Walcott, a relative of the Desmonds and a spiritual advisor. She rejected domestic violence as a factor. “It’s a perspective that is extremely damaging,” she said.  Also that shifting the blame to domestic violence would only succeed in perpetuating stereotypical images and pitting members of the black community against each other.

In June 2017, five months after the deaths, Gail Lethbridge was the first columnist to call for a public inquiry. As she put it

“…Does PTSD lead a sufferer to such actions in the first place? Not, it does not. So what happened here?

….For the life of me, I cannot understand why Nova Scotia’s medical examiner is holding back on conducting a public investigation into why a man walked into his house and murdered his wife, daughter and mother, before taking his own life.”

That same month, Lionel Desmond’s two sisters demanded an inquiry. In October, the women travelled to Parliament to publicize the need for an inquiry. Their demands were echoed by others, yet the McNeil government and NS’s chief medical examiner Matt Bowes ignored them for a year. A whole year passed before McNeil called a public inquiry.

Need for a Public Inquiry

Some have suggested that the premier balked at calling for a public inquiry because of its cost. Perhaps the federal government finally pitched in some money for the inquiry since at least some of the blame for the killings had been ascribed to Desmond’s mental health difficulties which flowed from his military service.

In 2020, three years after the murders, the inquiry began. And it was extremely informative. From January until early February, there were almost daily media reports from the Desmond inquiry.   They revealed a lot about the circumstances leading to Desmond shooting his family and himself.

It was testimony at the inquiry that reveals some resemblance between killers Desmond and GW. For example, Desmond and his wife Shanna had argued on January 1, 2017. Accidentally, he had run her new vehicle into a ditch on the family’s way home from a party.   His shame and anger turned into a major argument with Shanna. The argument was intensifying, so she told him to leave their house later in the evening. He did leave. For her part, in the fall of 2016, she had been considering divorce and had spoken about leaving him.

We don’t have a very clear picture of what happened in the lead up to the Portapique shootings. We do know that the police insisted at the outset that a domestic argument – that began when GW and his partner were at a neighbour’s house party (during Covid?) and carried on when they got home had sparked his rage and the shootings. Perhaps she had threatened to leave GW.

However the police’s position that a domestic argument sparked GW’s murder rampage was shortlived. Within the week, feminists and their supporters argued that the police were blaming the partner, who was in fact the victim of physical abuse. Also, the police had dared to say a disagreement or argument was a precipitating factor in the killings demonstrated the police had little time for the idea that GW sought the power of the police and used a police uniform and mock cruisers in an elaborate murder plan.   After ten days the police withdrew their remark about attributing the murders to the domestic argument, but the damage had been done. 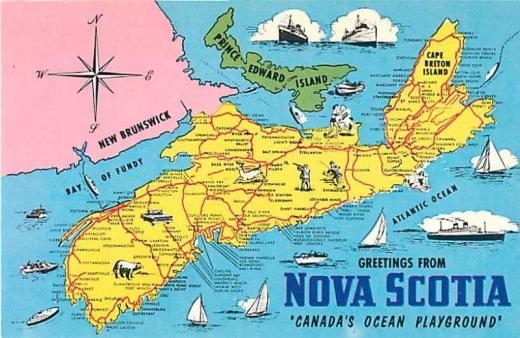 Shooters and their Similarities

Here is a list of other similarities in the two cases:

Through a Feminist Lens

The RCMP set the tone for the investigation, and any upcoming inquiry. Historically, the RCMP refuses to see some criminal behaviour, especially attacks on women and children through a feminist lens. To say they cannot see what is staring them in the mirror is an understatement. Since 2007, more than 3130 women, former RCMP officers and civilian employees, have filed in a class action lawsuit against the RCMP for sexual harassment and discrimination. To date the RCMP has had to pay out more than $200 million*.

The RCMP still speaks about “domestic violence” as a set of one-off incidents. It’s time that the public demand more from the RCMP when they deal with these horrible crimes against women and children.

While many circumstances lead to men shooting and killing women – investigating them thru the feminist lens is necessary.  It’s a matter of life and death.