I read John Demont’s column The Redemption of Kobe Bryant in the Herald today.

By coincidence, when I heard about the deaths of Bryant and his daughter, I had just started reading Robyn Doolittle’s 2019 book She Had It Coming: What’s Fair in the Age of #MeToo?  Doolittle is a journalist at the Globe and Mail. Chapter 1 of the book starts with Bryant’s 2003 rape of a young woman, a 19 year old hotel front desk clerk.  Bryant was 24.  From the book (p. 2-4):

“The victim said Bryant put his hands around her throat and squeezed – not hard enough to close her windpipe, but hard enough to make it clear that he was in control.  … ‘Every time I said ‘no’ he tightened his hold around me,’ she told police. … Bryant lied to investigators and said he’d never had sex with the teenager, but he changed his story after police indicated that they had physical evidence from the rape kit. 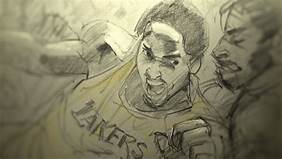 “… Bryant issued an apology that contained no admission of guilt:  ‘Although I truly believe this encounter between us was consensual, I recognize now that she did not and does not view this incident  the same way I did.’

Doolittle wrote that in Sept 2004, the prosecutors dropped all charges against Bryant, and that his life carried on without serious consequence.  In March 2018, in the “first Academy Awards of the #MetToo era”, Bryant won an Oscar.

Far from doing good, changing his ways, or seriously apologizing, Bryant continued his climb as a superstar.

John Demont’s tribute to Bryant shocked me.  He wrote, “I have no idea how absolution is achieved. But Bryant’s seems complete.” I highly doubt Bryant “found redemption” by being a good dad and wanting to attend his daughter’s basketball game.

We know that plenty of good “family men” are misogynist and have sexually assaulted women.  Kobe is merely one – but one of countless other high profile and wealthy men who have never paid any price for destroying young (or older) women’s lives.