Police surround Corey Rogers, whom they put on the floor in the booking area of the police station in Halifax.  Note white spit hood covering Rogers’ face.

The courtroom was packed, so I had to squeeze onto a wooden bench next to a local criminal lawyer who was watching the trial. There was a gaggle of grade niners plus one father chaperone.  They were participating in “take your kids to work” day.  Half a dozen supporters of Corey Rogers’ mother were there.   On the other side of the aisle, there was a small lake of men and women in blue police uniforms and a man dressed in a sport jacket with a HRPA (Halifax Regional Police Association) lapel pin.

It was one of the last days of the trial of two special constables (a step down from police officers) who worked as booking officers at the Halifax lockup.  Both Dan Fraser, 62,  and Cheryl Gardner, 47, stood accused of negligence in the June 2016 death of Corey Rogers, a 41 year old man whose crime had been drunkenness in a public place.

Rogers died in cell #5 at the Gottingen St police station about two hours after he went into the cell.  From the evidence, it was called a “dry cell.”  It had no bench, no chair, no toilet, or sink.  In her testimony,  special constable Cheryl Gardner said that drunk prisoners who the police thought could harm themselves or others were tossed onto the cold floor of cell #5 to sleep off their intoxication.  One of the arresting cops had remarked (twice) that night how amazed he was by the volume of liquor he saw Rogers consume, minutes before he was handcuffed at the hospital doors.  Cheryl Gardner was not surprised.  She admitted she had booked Rogers for intoxication several times before – was she exasperated with him and cell #5 was some kind of punishment?

Rogers had been dragged into cell #5 as its lone occupant after having been arrested by police at the entrance of the IWK Hospital in Halifax.  His girlfriend had given birth to their baby girl barely two days previously; mother and baby were staying at the hospital. 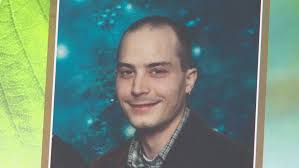 Rogers was drunk, and creating a disturbance, but was no credible danger or threat.   After watching him down more alcohol, police cuffed him and laid him down on the back seat of the police cruiser.  Rogers managed to sit up and started to bang his forehead on the plastic divide between himself and the front seat.

When the car arrived at the police station, one officer ran into the station to get a “spit hood” to put on Rogers’ head.  A spit hood is a paper and plastic hood that is placed over a prisoner’s head to prevent him spitting.  The top half is mesh, and the bottom half is opaque material and is impermeable.  The cops put the spit hood on Rogers and then half dragged and half carried him into the police station where they first deposited him on the floor of the booking area.  His hands were still cuffed behind him.

A photo circulated in the courtroom which showed Rogers’ prone body on the floor in the bright light of the booking area; he was surrounded by at least 4 uniformed cops.

This is when things got messy.  Gardner, who testified in her own defence, explained that she knew  and “trusted” the three constables who had brought Rogers in.   When one officer told Gardner that Rogers was at the IWK because his partner had just had a baby, Gardner said sarcastically, “Father of the year.”

Gardner was supposed to fill in a medical form for the prisoner, but didn’t bother because one of the cops said Rogers was non compliant and “playing possum.”  This meant he simply went limp and refused to talk or cooperate with the police.  When Gardner heard this she didn’t direct any questions on the medical intake form to the prisoner – she simply assigned him cell #5.

The crown, Chris Vanderhooft, asked her why she did not call EHS (paramedics), or call the watch commander who was in charge, or call for any help when she saw how intoxicated Rogers was. Gardner kept saying she observed he was drunk, but not dangerously so. “No one was forcing you to take the prisoner into custody,” said Vanderhoooft in his cross-examination.  He reminded Gardner she could have sent Rogers to the hospital or called for the paramedics.  The Crown showed Gardner the medical form which she had filled in which only said that Rogers was “too intoxicated.”

Regulations stipulate that all prisoners in cells have to be checked on every 15 minutes.  While Gardner and her partner Dan Fraser did this – she agreed she stayed well outside Rogers’ cell.  She claimed she could see him him breathing.  Though the handcuffs had been removed, Rogers still wore the spit hood. Gardner admitted most prisoners remove the spit hood the instant their hands were freed.  Video evidence played in the courtroom showed Rogers wearing the spit hood, lying on his side in the same position he was in at 11.15 pm when he was first put into cell #5.

Video surveillance showed Gardner walked by Rogers’ cell but doing little more than call his name.  She did not rouse or try to engage him. This despite a big poster in the booking area of the police station which  reminded all staff to pay attention to the “Four Rs Checklist.”

The first “R” stands for “rousability,” and exhorts staff to: “Go into the cell. Call their name. Shake gently.”   Gardner called Rogers’ name from outside the cell.  She testified she thought she saw him move his shoulder.  The second “R” stands for “response to questions,” and suggests asking, “What is your name? Where do you live? Where do you think you are?”  Gardner never did that.

The third “R” stands for response to commands, assessing whether the inmate can open their eyes or lift their arms.  The final “R” stands for remember, and suggests booking officers take into account the possibility the prisoner may have other illnesses.

Gardner agreed with the Crown’s point that Rogers’ body movement never changed, that he defecated, and that she merely left him there.  Under oath, she volunteered that when the prisoner woke, he would have been given a cloth to clean himself and a clean pair of pants.  The fact that he never moved was “not unusual” to Gardner.  She insisted she wanted to let him sleep.

The Crown persisted – especially with regard to the spit hood which remained on his head.   In fact Rogers had vomited into the hood, and died of asphyxiation – he couldn’t breathe with the clogged mask on.  And clearly, he was too intoxicated or ill to know to remove it.  The Crown showed Gardner a photocopy of the warning printed on the plastic which wrapped the spit hood –anyone wearing it should be checked every 15 minutes.  She said she did not recall ever reading it.  Further that she said she was told “there was no danger in using it.”

Vanderhooft told the court that it the warning on the wrapper also said “Danger” and asked her if leaving something over the face is itself dangerous.  Gardner replied, “Potentially, yes.”

It was more than two hours later that special constable Dan Fraser went into Rogers’  cell.  At that time, Rogers was dead.

The jury of 8 men and 4 women listened intently.  Will they convict Gardner and Fraser?  The crown has painted a clear picture of lack of concern, neglect and even hostility shown by at least one of the booking officers.