What to Read, and What to Watch

I thought I knew about the Blitz in London during WWII, but I knew nothing til I read Pat Barker’s recent novel Noonday. 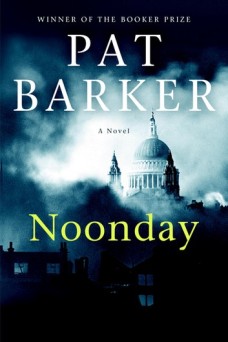 I really liked her Regeneration trilogy — three interconnected books about WWI, psychiatry and what we now call PTSD.  Noonday is excellent too.  Two middle aged artists– Paul and Elinor —  live and work in London. Paul is a somewhat famous war artist.  Though Elinor’s paintings hang at the Tate Gallery, as a woman, her work is considered lesser to his. Their lives unravel with the disappearance of a 12 year old boy from the London slums who was sent (for safety) to live in the countryside with Elinor’s mother and sister.  This was common in WWII — children were sent to the English countryside and even as far as Canada to escape the bombing of London.  For example the English author of the children’s series The Indian in the Cupboard and the book The L-Shaped Room, Lynn Reid Banks, spent some of her teenage years living in  Saskatoon!   When Elinor’s elderly mother dies —  the boy decides try to find his mother in London, and the lives of Paul and Elinor unravel.  This book is a rare and deep read.

Swedish crime writer Karin Alvtegen has written a mystery and thriller rolled into one in her book Missing.  Her social commentary about the homeless in today’s Stockholm, about social workers and about cops is skillfully woven thru the book.  On the book jacked is the comment that

Alvtegen’s novels are “head and shoulders above the rest of the Scandi crew.”  I heartily agree.

I’m watching the 4th of 5 seasons of a series called Line of Duty. It’s a first rate  excellent policier which takes place in Birmingham, Belfast and Manchester UK (so far).  It’s about crooked cops, tunnel vision and adherence to almost blind authority. You won’t leave your couch. I’m watching it on Netflix — acting is great, believable and very gritty.