Something to Read, Somethings to Watch

Her father was a very angry man. Yet, he was a school principal, and eventually a university professor. Her mother was an artist with a great eye and  a good sense of adventure.  Once — during hockey star Wayne Gretzky’s heyday — the book’s author Elizabeth Hay said Gretzky had more jewellery  than she did —  her father replied he also had more talent.  Elizabeth Hay’s biography of her parents, All Things Consoled: a daughter’s memoir,  is really an autobiography.  Hay is a witty and remarkable author. She observes well and tells the naked truth in a disarming and non-hedging way.  I was prepared to ho-hum thru the book, but I was hooked. 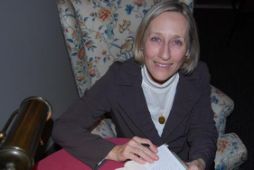 She loves her parents and does not want to hurt them, but she refuses to merely let their faulty memories or opinions stand merely for the sake of peace or goodwill. She spends a lot of time with each of them through their taciturn days before they each go not-so-gently into the night.  I got a chuckle out of Hay’s love for the classic novel Jane Eyre, because Heathcliff, the hero in  Wuthering Heights was “too cruel, too weird to be romantic,”  while Jane Eyre  “gave me someone to love and admire.”  This Canadian book is a delightful yet shocking study of ageing parents, and an ageing daughter.  Read it.

Money Monster is a film about Wall Street, money, capitalism and most of all a vehicle for George Clooney.  Having said that, the plot has a bit of a twist and no one (we like) dies.  The  premise is that TV shows about money and trading actually owe the public honest advice about investing.    That vanishes pretty quickly and what’s left is mainly a car chase without a car, a nasty capitalist who steals money from millions of well-meaning investors, and a love story that never happens.  It’s worth 90 minutes of your time.

Case Histories is a British series  spun from a novel by Kate Atkinson.  Jason is a down-on-his-luck private investigator who needs help from the police (his former employer) to solve a string of missing persons’ cases.  But in Edinburgh, where the series takes place,  the supervising policewoman finds him an utter pain — she’s especially resentful about a failed affair she had with him.  The acting is fresh and quick. The script is crisp and believable. Never maudlin.  And nothing is resolved in the way of typical Hollywood-style who dunnits.  Jason’s 10-year-old daughter, whom he co-parents with his ex, is a delight.  And the second season is better than the first, in my view. The landscapes of Edinburgh and the Lothian region, the city and the countryside are breathtaking.  The two series of DVDs  (1st and 2nd seasons) are at the Halifax Public Library, as is Money Monster (above). 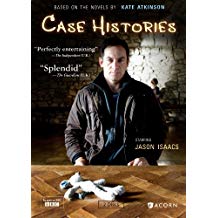