More to read, and one to avoid

Craig Murray was an experienced British diplomat.  Around the time of 9/11 he was sent to Uzbekistan — not a great posting. But he learned Russian, studied business and was all set for an adventure — but what he got was more than he had bargained for.  First he didn’t need Russian because Uzbekistan was being “uzbekistanised” by then President Karimov.  Karimov ruled for 25 years and one day.  Karimov decreed everyone had to speak and read in Uzbek — though as Murray points out there were fewer than 200 books ever written in the language.  Karimov was infamous for boiling his enemies to death and other forms of torture.  Almost everyone was considered an enemy. Murray exposed many of the evils of the regime and in so doing fell afoul of the Brits and the Americans who saw Uzbekistan as a bulwark against Islamic “terror”.  This book is clever and even humorous (in bits).  Well worth reading as Murray has a great sense of humour and also refuses to sit on a pedestal. 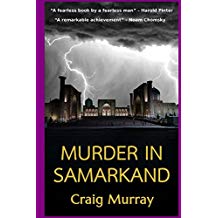 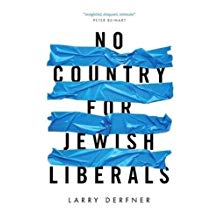 Larry Derfner was a rather a-political writer who pushed and pulled his way through journalism school in California.  In his 30s– in the mid-80s –he decided to go to Israel for an adventure — and stayed. This book told me a lot about Israel, its right wing (and vaguely left) politicians and the situation leftists in Israel are in.  Derfner (who also writes for the blog 972) is no hero, and he’s no activist.  But the book is very much worth reading– if only because he started out hostile to Palestinians and Palestine and he’s been forced to do  a 180.

I’m not sure if I ever reviewed Gilmour’s book Extraordinary.  It’s a short novel.  It’s brilliant.  It is a gem. I can’t tell you the story, except that it is in the first person and the feelings and knowledge imparted will unsettle and not leave you. 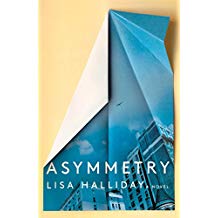 I should have put Lisa Halliday first in this list.  She’s a young  American novelist who at one point had an affair with the late Philip Roth. In the first half of the novel, the protagonist becomes the muse of an older and successful American novelist. The second half of the novel takes off — with politics, race relations, and a wonderful plot which seems to have nothing to do with the first half.  But you must read it and see for yourself.

I don’t like to diss Canadian writers but I’d stay far away from Will Ferguson’s 419.  It won the Giller in 2012 but don’t let that influence you. Here’s an author who never set foot in Africa, let alone Nigeria — yet this thriller is about scammers  in Nigeria.  These are men who post pleading internet messages about how if you only send them a small fortune they will repay with a larger fortune.  I found the book racist, supercilious and totally unknowing.  The cover says it all